Who is Mark Dawson?

Mark Dawson is the lead vocalist and bass player for the legendary pop/rock band The Grass Roots, also an independent recording artist, a radio talk/music show host and author. You can listen to his weekly radio show "Making Noise with Mark Dawson", on OurGenerationRadio Thursdays at 9pm est. 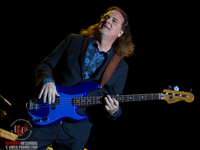 - 2008 (January) hired as bassist and vocalist for The Grass Roots.
Originally brought in to 'fill-in' for the hospitalized original Grass Roots' vocalist Rob Grill, Mark was asked to continue with the group and forever bring the amazing music of The Grass Roots to the fans. Before his tragic passing in July 2011, Grill said that Dawson had "made a big impression" on the die-hard fans, and that his "voice and musicianship keeps the original spirit of this music alive today. It's the classic Grass Roots’ sound that America has loved for almost 50 years..."

In 2010, 2011, 2012 and 2015, Mark toured (with the Grass Roots) as part of the "Happy Together Tour" featuring The Turtles (Flo and Eddie), Mickey Dolenz (the Monkees), Mark Lindsay (of Paul Revere and the Raiders), The Cowsills, The Buckinghams, The Association and Gary Puckett ...and he was on the tour again as bassist of the Happy Together Tour Band in 2016.

You can listen to a variety of Mark Dawson's music right here, anytime. Be sure to check the tour dates to see when he'll be performing a show in your area.